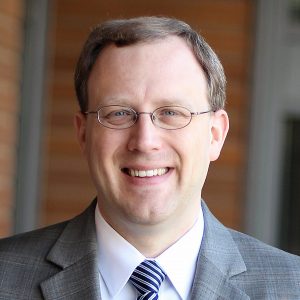 Carlton Larson is a scholar of American constitutional law and Anglo-American legal history.  His scholarship addresses a wide range of issues, including enemy combatant detentions, legacy preferences in public universities, the historical basis of Second Amendment rights, and parents’ rights to name their children.

Professor Larson is one of the nation’s leading authorities on the law of treason and is the author of the book The Trials of Allegiance: Treason, Juries, and the American Revolution (forthcoming, Oxford University Press).

Professor Larson’s scholarship has been cited by numerous federal and state courts and has been profiled in The New York Times, The Economist, TIME, and many other publications.  He is a frequent commentator for the national media on constitutional law issues.

Professor Larson is a graduate of Harvard University and Yale Law School, where he was an Articles Editor of The Yale Law Journal and Executive Editor of The Yale Journal of Law & the Humanities.  Prior to joining the UC Davis law faculty, Professor Larson served as a law clerk to Judge Michael Daly Hawkins of the United States Court of Appeals for the Ninth Circuit and spent three years as a commercial litigator at Covington & Burling in Washington, DC.