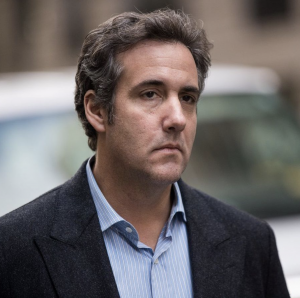 Michael Dean Cohen is an American disbarred lawyer who served as an attorney for U.S. president Donald Trump from 2006 to 2018. Cohen was a vice-president of the Trump Organization, and the personal counsel to Trump, and was often described by media as Trump’s “fixer”. He served as co-president of Trump Entertainment and was a board member of the Eric Trump Foundation, a children’s health charity. From 2017 to 2018, Cohen was deputy finance chairman of the Republican National Committee.

Trump employed Cohen until May 2018, a year after the special counsel investigation into Russian interference in the 2016 United States elections began. The investigation led Cohen to plead guilty on August 21, 2018, to eight counts including campaign finance violations, tax fraud, and bank fraud. In November 2018, Cohen entered a second guilty plea for lying to a Senate committee about efforts to build a Trump Tower in Moscow.

On December 12, 2018, he was sentenced to three years in federal prison and ordered to pay a $50,000 fine after pleading guilty to tax evasion and campaign finance violations. On February 26, 2019, he was officially disbarred by the New York Supreme Court, Appellate Division.

On May 21, 2020, Cohen was released from prison early due to concerns regarding COVID-19, to serve the rest of his sentence under house arrest.  Cohen was released from home confinement and his sentence expired on November 22, 2021. Immediately following his release, Cohen said he would continue to “provide information testimony documents and my full cooperation on all ongoing investigations to ensure that others are held responsible for their dirty deeds and that no one is ever believed to be above the law.”