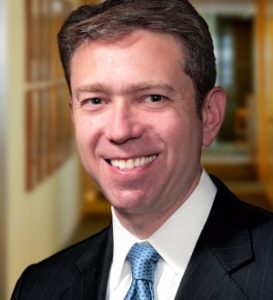 Michael won a major victory over the Justice Department in 2019, securing an acquittal on all counts in U.S. v. Boustani, the securities fraud trial of shipbuilding executive Jean Boustani in the U.S. District Court for the Eastern District of New York, over an alleged $2 billion fraud and kickback scheme involving Mozambique state-backed loans. In 2018, Chambers USA presented Michael its White Collar Crime & Government Investigations Award, its top honor nationwide for criminal defense work. In ranking him among the leaders in White Collar & Government Investigations, Chambers USA highlighted that “sources confirm that he is ‘an excellent all-around lawyer’ who is ‘thorough, creative and really digs into legal and factual issues.’” Chambers previously cited his “exceptional judgment, great client skills and amazing credibility with government lawyers.” In 2017, Michael was named “Litigator of the Week” by The American Lawyer for winning a landmark victory dismissing all charges in the first U.S. LIBOR manipulation case before the Second Circuit Court of Appeals. Michael was also a recipient of the award for “Most Important Development in Investigations” at the GIR Awards 2017 in connection with the same landmark victory, and was named as one of Law 360’s 2017 MVPs in the area of White Collar.