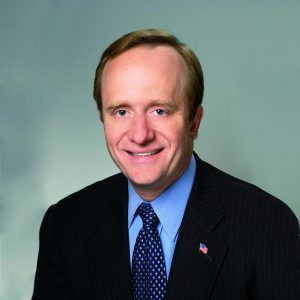 Paul Begala is an American political consultant and political commentator, best known as the former adviser to President Bill Clinton.

As a campaign consultant, Mr. Begala was half of the legendary team of Carville and Begala. As such he was a senior strategist for the Clinton-Gore Presidential Campaign in 1992. He and James Carville also helped direct the political strategy of numerous other successful campaigns, including Senators Harris Wofford, Frank Lautenberg, and Dianne Feinstein, and Governors Zell Miller, Bob Casey and Wallace Wilkinson.

Mr. Begala’s experience in corporate communications included having served as Senior Vice President of the communications strategy firm Public Strategies, Inc. where his clients included such industry leaders as Coca-Cola and Southwest Airlines. Mr. Begala is currently Research Professor of Government at Georgetown University, and is a Contributing Editor for George, John F. Kennedy’s, Jr.’s Political magazine. He is also a political analyst and commentator for CNN.

He is the author of several books covering policy and politics, most recently You’re Fired: The Perfect Guide to Beating Donald Trump.